*NOTE* We talk specifically about 401ks in this article, which are used by for-profit companies. if your employer is a non-profit, governmental, educational or religious organization, you may have a different plan called a 403b, TSP or 457. Though specific details may defer among the plans, they are all retirement savings funds and function similarly.

The first time I thought about retirement was at the first day of my first job after college. I was 22, clueless and just moved down to San Francisco.  That meant I’d be paying federal, California state and SF city taxes and thus, was poor. The 401k was through Fidelity, and I remember a packet with words that didn’t register, choosing arbitrary funds on the website and that was the end of it.

My goal for you is to not do what I did. Here is a quick and dirty guide on what to expect.

The Most Beautiful Thing About This:

Usually, you get two options for your 401k- a traditional or Roth. Here are the key differences:

Deciding between Traditional and Roth is a little bit of a crapshoot. You don’t really know which one is better, unless you can tell the future. Until then, use this tool to help you decide which is best for you:

If you’re still conflicted and your company allows you to split up your contributions to both accounts, then do it to hedge your bets. The most important thing is just to contribute.

What Do I Need To Do?

Wanna Be An Overachiever? The Fem Fiscal Way

“The best time to plant a tree was 20 years ago. The second best time is now.” – Chinese Proverb 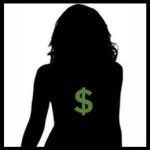